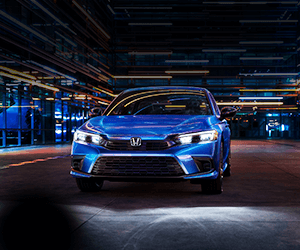 The Same Spirit of a Civic, But a New Beast

How do you take Honda’s most popular car, loved across the globe and heralded as one of the sportiest, best-looking four doors in production, and make it even better?  You go against the grain of the bland car companies that oversaturate the market year-in and year-out by completely redesigning the vehicle that’s been an absolute pillar for your own business since 1972.  You take the road less traveled, and you officially welcome the world to the 2022 Honda Civic.

Why is Redesigning a New Car Such a Big Deal?

The Honda of the 1960’s was a much different company than the innovative automotive titan you see today.  Back then, their focus was honed in on something else: motorcycles.  It would take until 1972 before the original two-door Honda Civic would arrive in America. While this was not the first Honda car in production, it would arguably go on to be their most memorable.  The First Generation Civic shared many traits with the Civic of today; reliability, a low-price tag and fuel economy that was ahead of its time.

In 1973, the first massive oil crisis would arise and bring nationwide economic disaster with it.  By the end of the embargo in March 1974, oil prices rose nearly 300%, from $3.00 per barrel to nearly $12.00 globally.  Who would be there to save families and friends all over the United States from their oil-related economic hardship?  Well, who other than the fuel-efficient, sporty little car from Japan, the Honda Civic!

It’s now been around 50 years since then and 10 generations of Honda Civics have been unveiled to the world over that period of time.  Although the Civic came up through humble beginnings, it has now become one of the most popular and successful Japanese imports ever introduced to car buyers in the U.S. In fact, research any list of the most popular cars in America and there’s a nearly 100% chance you’ll see Honda Civic’s name on the list.

All this information leads to a puzzling conclusion: why is Honda changing the formula to a recipe that has worked so well for years?  Because, Honda is a company focused on moving forward; pushing past the boundaries of what is thought to be average. Honda’s engineers and designers decided reimagining the 11th-generation Civic from the ground up was going to be the exact leap that would vault them past the competition.  After the all-new 2022 Honda Civic was revealed in late April, it’s fair to say they not only bounded past the competitors, they shot by them at new speeds previously thought to be unattainable.  It’s almost like they knew exactly what they were doing. 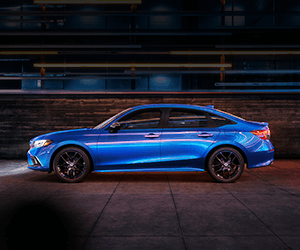 A New Look and Feel for a New Generation

Honda’s designers really outdid themselves when designing the new Civic. The new body overhaul truly turns heads with a wider-than-ever, athletic stance; reminiscent of a predatory feline stalking its prey.  The design looks mature, powerful, and gimmick free, which is something that you would be hard-pressed to find among the other cars in its class.

As Jeff Perez of motor1.com notes: “The 2022 Honda Civic sedan prototype features a brand-new front end with a more pronounced grille and sharper headlights with LED daytime running accents. The new cues are meant to give the Civic a meaner look, while also keeping the design relatively simple. The rest of the body, meanwhile, maintains the same athletic proportions and low ride height as the 10th-generation model on which it’s based, but looks a touch smoother with new side detailing, a crinkled C-pillar (a la Cadillac), and more pronounced detailing both front and back.”

In the rear, the Civic is bolder and more aggressive, with larger, split tail lights and a swept-up spoiler to improve aerodynamics. Dual exhaust outlets serve as an excellent physical reminder of the devilish spirit the 2022 Civic truly contains, just waiting to be unleashed.

The 2022 Honda Civic’s interior raises the bar in its class.  The cabin is spacious and refined, classy and teetering on downright luxurious.  There is one thing this writer will say and basically promise about the new Civic:

“This car has more visibility from the driver’s seat than any car I’ve been in before.”

Below a 7.0-inch touchscreen infotainment system that comes standard (Apple CarPlay and Android Auto are also standardly equipped), and stretching to the passenger side dash is a new honeycomb-like accent and, if you look closer you can see HVAC vents, for a bold-yet elegant front interior design.

Being Safer Than Ever Now Comes Standard Equipped

Not only just in it to expand what was previously thought possible in design and road performance, the 2022 Civic will feature better safety features than ever with an enhanced version of the Honda Sensing® suite of advanced standard safety features. These safety technologies include Road Departure Mitigation System™, Collision Mitigation Braking System™, Lane-Keeping Assist, Adaptive Cruise Control, and Traffic Sign Recognition.

Honda’s Advanced Compatibility Engineering™ (ACE™) body structure, touted by many as one of the best frames in modern cars (also safety tested right here in Raymond, Ohio, not too far from us in Lancaster), makes the new Civic the safest yet.

Fun From Every Angle

Every model of Civic bridges the ever-present gap of affordability and pure fun. The thing about the 2022, however, is it does it better than ever before.  The new Civic makes you feel alive when your hands grip its wheel.  It makes you sleep well at night on workdays because you no longer dread that morning commute.  You’re able to turn daily errand running around the city into a brand-new adventure.

The 2022 Civic lineup will include the all-new and available Civic Sedan and Civic Hatchback, and complete the lineup with the new high-performance Si and Type R models set to debut later this year.

The completely reimagined 2022 Honda Civic has already arrived at Buckeye Honda. Come check out our selection today and get ready for the drive of your life! 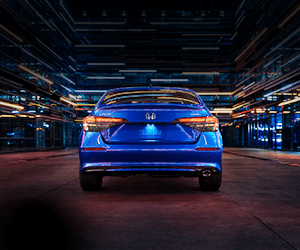 Buckle Up in the All-New 2022 Honda Civic

0 comment(s) so far on The Redesigned 2022 Honda Civic: Breathtakingly Fun